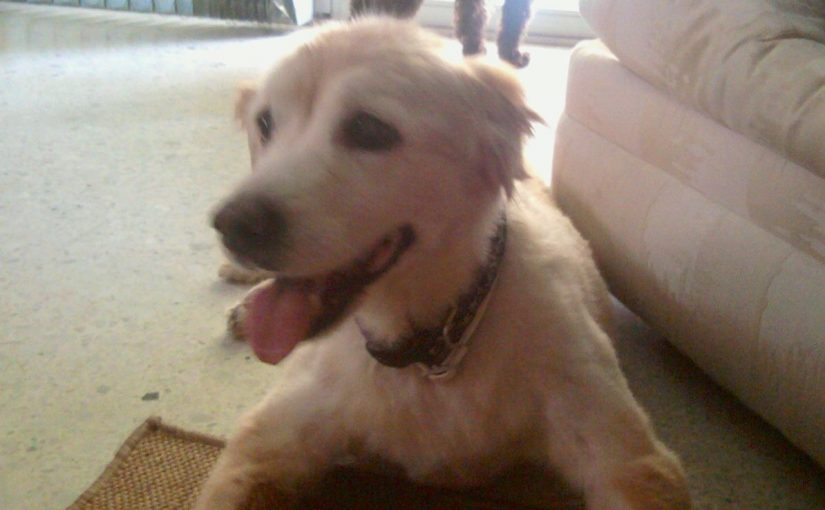 The CushAway story began years ago when a pet parent learned his sweet dog, Scrappy, had developed Cushing’s disease. Heartbroken, Jim tried to make life better for Scrappy, researching the disease and doing all he could with his chef’s background to find natural elements and ingredients that could impact the Cushing’s. After research and monitored care for Scrappy, Jim found something remarkable. A formula that showed results.

While Cushing’s can’t be cured, it can be managed. That’s what Jim saw in Scrappy. He started with phosphatidylserine (PS), knowing from research that it was shown to blunt cortisol production in athletes. Scrappy improved, with her symptoms of “crazy thirst” and over urination much improved, but then regressed.

More research from a prolific vet at the University of Tennessee suggested using a combination of lignans (an element derived from flax seeds) and melatonin. Combined with the PS, this combo was effective for a while until she regressed again. The aggressive return puzzled Jim and after an MRI, his vet discovered Scrappy had tumors on her adrenal gland, a common problem Cushing’s dogs face.

Rather than give her an aggressive cancer treatment at her advanced age, Jim and his wife resigned to make Scrappy comfortable. Still, a nagging thought stayed with Jim who’d been reading more about a possible link between gut health and Cushing’s. As a last-ditch effort, he added a probiotic to the formula and Scrappy’s Cushing’s indicators started to crash-some even by 90%.

When Jim’s vet asked what he was doing to help her, he described the formula he had produced. She told him “you ought to think about making this into a product, it’s working really well for her.”

Often older when they begin showing signs of Cushing’s, Scrappy was 12 when it all began. Remarkably, she lived another seven years after her first treatment with natural formulas. Jim’s vet was astounded. Scrappy was one of the oldest dogs she had ever seen at her practice. What was truly amazing was that despite the Cushing’s, she lived a long and vibrant life right till the end.

After Jim’s wife also commented that he should share this formula with dogs suffering from Cushing’s both to help other pet parents and as a way to honor Scrappy’s memory, the CushAway story began in earnest. Jim began to manufacture his formula, knowing there were other dogs who could benefit from this natural response to Cushing’s symptoms as opposed to aggressive cancer drugs.

Today CushAway is striving to help more Cushing’s dogs, offering free product to shelters that care for these animals and helping pet parents who adopt. You can even find CushAway on Amazon. The key is to help as many dogs and their caregivers who want to step into a gentle way to manage Cushing’s and help their best friends. This is the CushAway story and our mission.