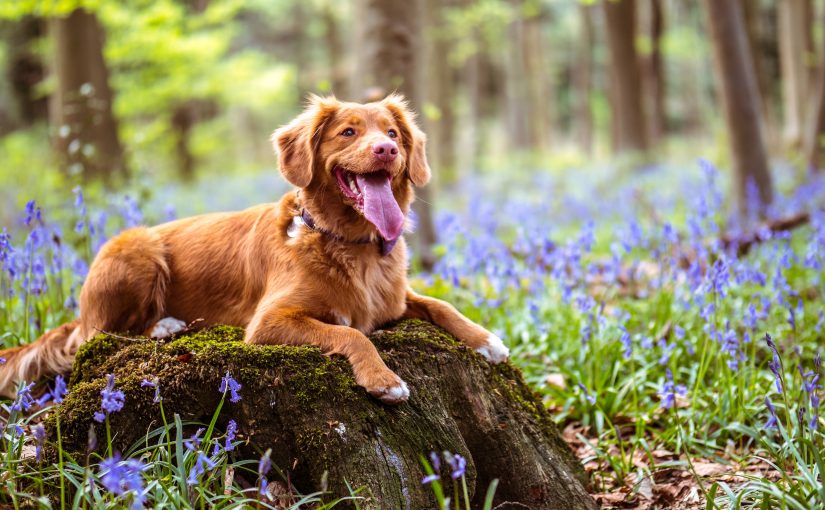 When a beloved furry friend isn’t well, we as pet parents want to restore their health and tail-wagging fun as much as possible. Cushing’s disease is a condition that affects a dog’s hormone-producing glands, the adrenal and or pituitary, causing an overproduction of cortisol and even tumors. This fight or flight hormone affects many parts of a dog’s body inside and out, causing various symptoms. Though Cushing’s has no known cure, treatments are available to deal with both the symptoms and root causes.

Read more about the symptoms of Cushing’s disease.

When a dog is diagnosed with Cushing’s disease, careful monitoring begins. This may include imaging like an ultrasound to check for tumors on the pituitary or adrenal glands. Treatment options include surgery, medication, supplementation, lifestyle changes, or a mix of these methods.

The root issue of Cushing’s that causes symptoms is steroid overproduction. This can be addressed in a few ways. Medications are commonly used to kill off or attack the cells of the overproducing glands. Surgery is a risk and is mostly used to remove a tumor that is found to be cancerous. Both of these methods can pose significant risks or side effects to the dog undergoing the treatment.

Supplements for dogs can also address Cushing’s symptoms at the root cause. Using natural elements like lignans which have been found to counteract corticosteroid production can result in lower side effects to the dog. Pet parents who take this gentle route may also decide to introduce lifestyle changes for their furry friend including adding whole foods to a diet, using probiotics to enhance gut health, and offering a gentle exercise routine for their pups.

What Supplements Do for a Cushing’s Dog

While traditionally prescribed medications can help reduce Cushing’s symptoms in dogs, they have also been shown to produce a range of side effects—some drastic. The FDA warns that one such medication called Lysodern “requires careful monitoring and can have severe side effects.”

Supplements for dogs can also impact Cushing’s symptoms without causing as much stress on a dog’s system. They are used to block cortisol overproduction through naturally occurring elements.

What’s in a Supplement for dogs with Cushing’s Disease?

Most Cushing’s supplements focus on lignans as a way to inhibit the body’s production of corticosteroids. CushAway uses a trio of effective elements to both lower and blunt steroid production: Lignans, melatonin, and phosphatidylserine all work to reduce the toxic levels of corticosteroids in a Cushing’s dog.

HMR lignans sourced from spruce trees are an effective means of blocking the two enzymes needed to make cortisol. Studies have shown that these lignans are quickly digested with minimal, if any, side effects.

Melatonin works to block the adrenal glands form producing the hormone ACHT, a primary cause of pituitary-dependent Cushing’s. The University of Tennessee’s veterinary program studied these elements and concluded that combining melatonin and lignans could lower adrenal hormone secretion in humans as well as dogs.

Phosphatidylserine is a healthy fat that coats cells. It has also been shown to slow or stop the production of the hormone ACHT. Phosphatidylserine works complimentary to lignans, to reduce the amount of cortisol in the body of a Cushing’s dog.

Probiotics for a Cushing’s Dog

Gut health has become a marker for overall health in both the scientific and nutritional community. This is true for dogs as well. Probiotics are a key ingredient to gut health. They help lower inflammation and increase the absorption of key nutrients to keep the body running smoothly. Gut health even plays a role in the immune system, producing germ-fighting compounds.

A dog with Cushing’s can benefit from probiotics in many ways. When paired with supplements for dogs, it will increase the absorption of the natural elements that help battle Cushing’s symptoms and root causes.

Probiotics have also ben found to help decrease inflammation in the gut. This is due to the countless microorganisms (microbiome) that help the digestive system function at its peak. A balanced microbiome leads to balanced health for the entire body.

Probiotics are safe for dogs as long as the type used is suitable for a canine microbiome. Humans and dogs do not share the same gut bacteria and need separate types of probiotic supplements. CushAway uses dog safe probiotics as part of our supplement to help balance the gut and increase absorption of the lignans, melatonin, and phosphatidylserine

Pet parents often choose natural supplements for dogs because they are concerned about the side effects of chemo-type drugs. Gina Bartucci, founder of All Those Left Behind Pet Rescue, cares for shelter pets suffering from Cushing’s. She knew she wanted to try a holistic approach after seeing a natural path work for a beloved dog with cancer. When her vet suggested trying CushAway for her fur babies dealing with Cushing’s, Gina gave the supplement a try. “Thanks to the CushAway, we saw a night and day difference,” Gina shared.